History of the East Side Boys Club (CYMA) 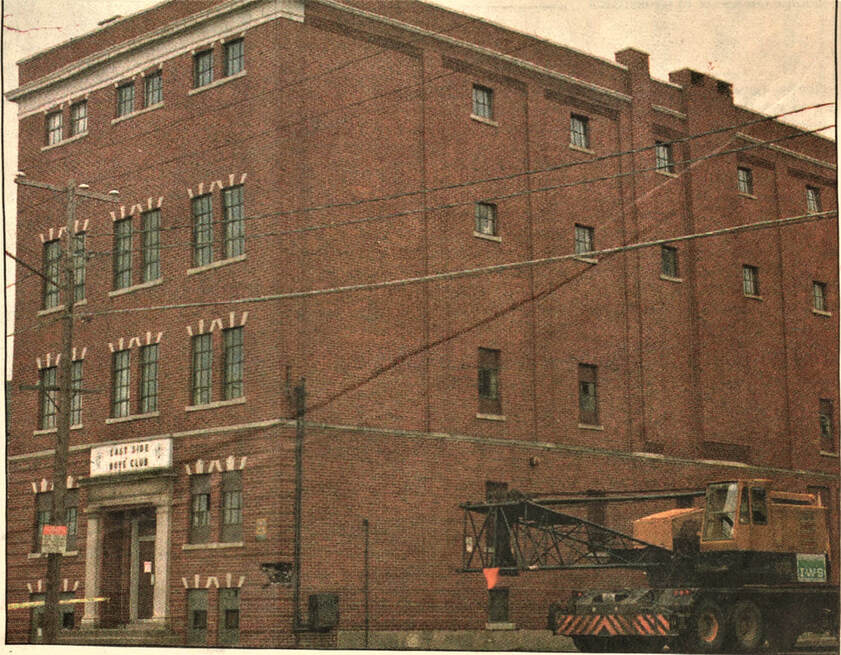 The lobby housed offices and library and seating area along with a refreshment and confectionary area. It additionally boasted of having a water fountain and mutual telephone.

This building was connected to Kosciuszko Hall as well. The hall housed an auditorium, two bowling alleys and four billiard tables.
The swimming pool lined with mosaic tiles and architectural beauty was one of the finest built in the city. They also published a quarterly magazine the CYMA Booster until funds ran out.

The gymnasium was located on the top floor with a running track and areas for basketball, volleyball, indoor baseball, boxing, and wrestling.
Not only was it used as a Boys Club, but the building also housed St. Stanislaus High School. The second floor was used by St. Stanislaus High School for classrooms and lectures.  A free night school was also held there for Americanization classes.
The Club was considered to be one of the finest in the country. 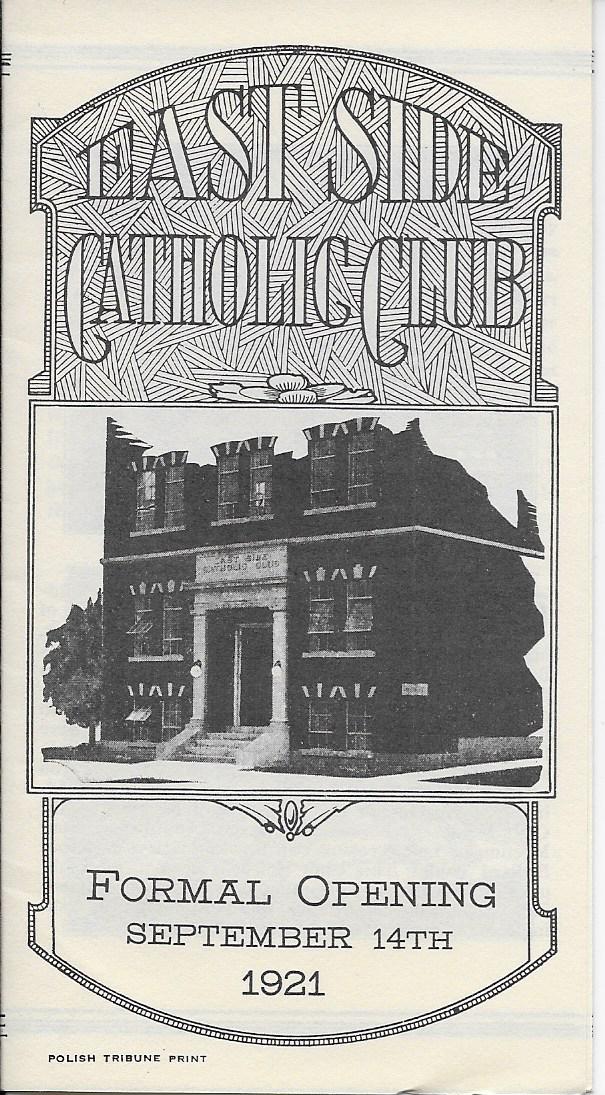 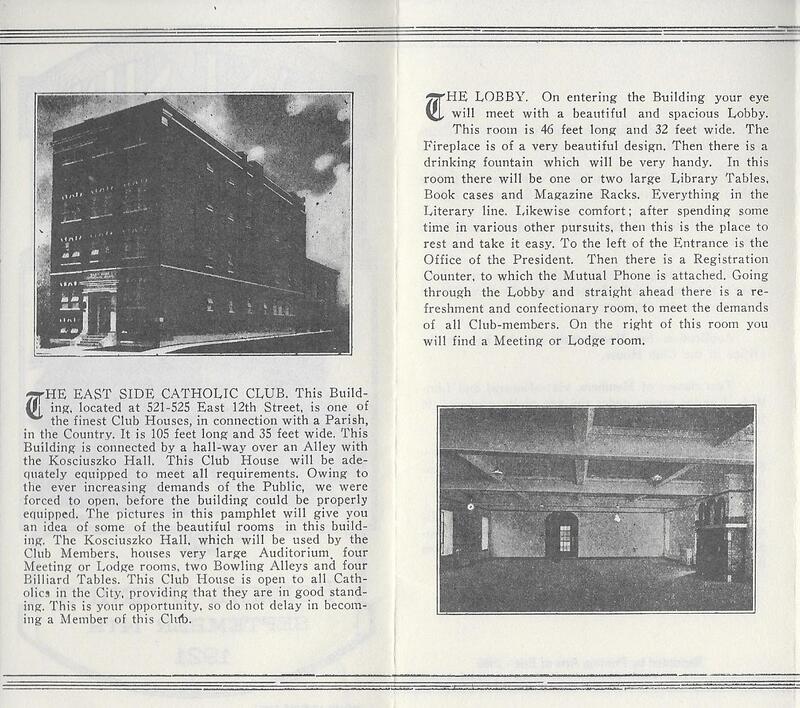 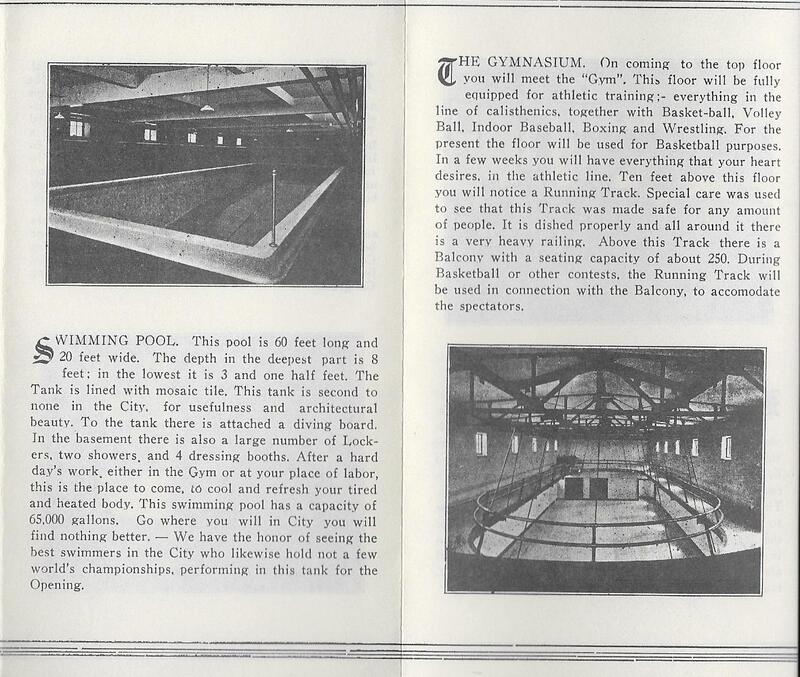 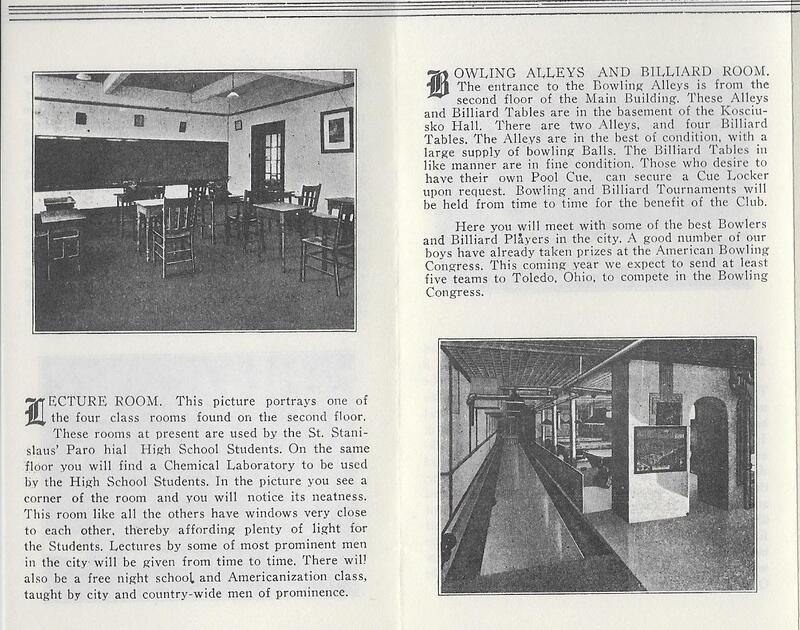