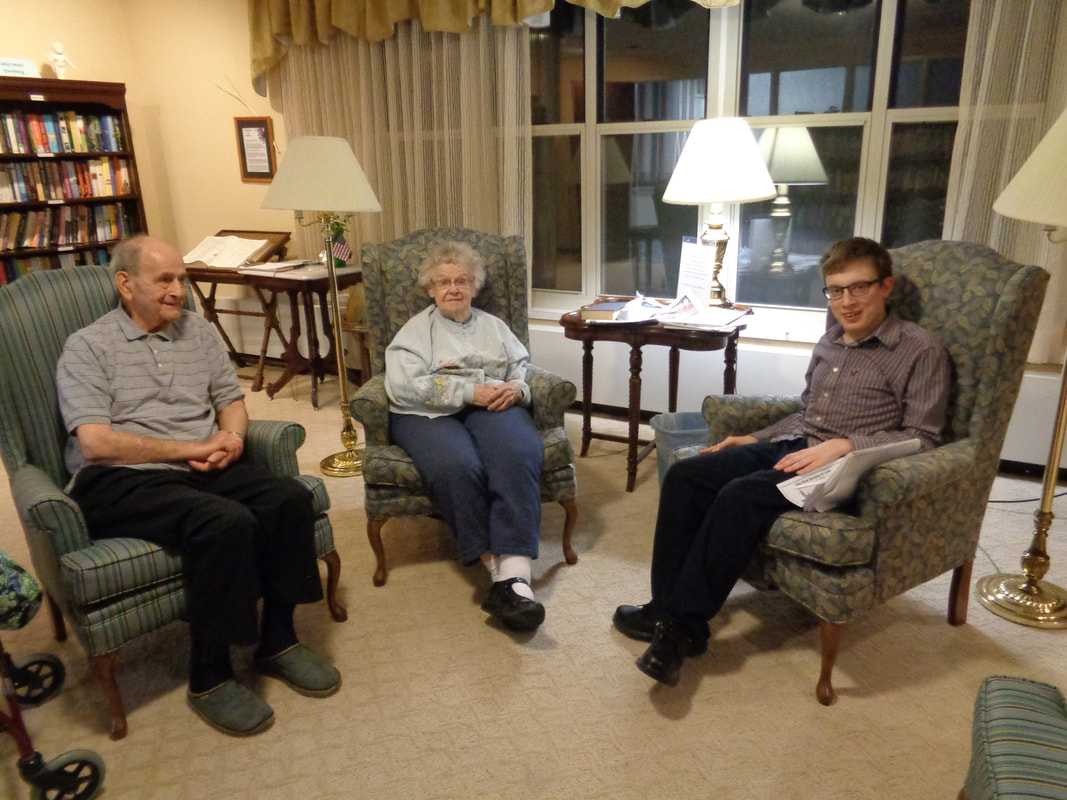 She was very happy to talk about her Polish history. Both of her parents were born
in Poland. Her father, Alexander Kujkowski, was born in Grejewo, and his family
were farmers. He came to America at the age of 14 leaving his brother and sister
behind.
Theresa’s mother, Bronislawa (Bertha) Kmiecinski (Kimit), might have come to
America in her early 20’s. She belonged to St. Casimir’s Church, knew some
English, and left school at the age of 14 to work at the Erie Club. She was too
young, so they would hide her in a closet if someone came to inspect.

After Theresa’s parents married, Alexander worked at General Electric and they
had four children Aniela, Jean, Joseph, and Theresa. According to Theresa, her
mother Bronislawa ruled the roost! She said her mother would never let her father
go back to visit Poland, because she was afraid he wouldn’t come back!

Theresa was a member of Holy Trinity all her life. She enjoyed belonging to
school and getting her education. She was always with the nuns and thought she
might also be a nun. One of her favorites was Sister Bonawacia from the fifth to
the seventh grade. She enjoyed the Christmas Plays they would put on where the
sisters would teach them how to dance and sing. Theresa was also a PNA Dancer.

She sang in the choir from 4th until 6th Grades. Her favorite songs were “Jeszcze
Polska nie zginęła,” and “Serdeczna Matko.”

One of her best friends was Frannie Grygo, who lived across the street from her.
They were so close, they wore each other’s clothes and slept over each other’s
houses, just like sisters.

Christmas was celebrated with Wigilia, and she loved going to friends and families
homes to visit during Christmas. She liked that better than presents!

Theresa remembered the original Holy Trinity Church, where she helped clean and
got the wax off the candles.

Of the Priests, she recalled Msgr. Niedbalski as very strict, most of the kids were
afraid of him. Msgr. Cebelinski was young looking and a handsome Priest. Msgr.
Mieczkowski was a tyrant, very stern! If he had Mass, some of the ladies would
walk out or have outbursts! However, Theresa said, that Msgr. Mieczkowski did
wonders for Holy Trinity Church, rebuilding it and leaving all his money for it.

Theresa’s first job was in the office of the Nubone Corsett Factory on 25th and Ash.
She loved working there and everyone got along. After they closed, she worked
for GAF Corporation.

She met her husband, Charles Brasington, at a High School Football game. His
mother was Polish. They were married and had two children, Linda and Kenneth
Brasington. Charles was a city Policeman for thirty-seven years. He was a beat
cop and walked the streets, and the young black fellas would walk with him.

It was a pleasure to spend a short time with Theresa, and I was sad to learn of her
death on January 30, 2017. She was a kind woman, proud of her Heritage and of
her family.